Keeping your venue secure, your customers happy and your mind at rest with a robust and cost-effective venue security solution

Venue security is a service that demands a combination of important skills. Not only must a good door supervisor understand how to maintain effective security, but they must also be approachable and recognise the importance of upholding your Ipswich venue’s reputation.

Our SIA-licensed door supervisors understand that they represent the client’s brand and help shape a customer’s first impressions of an establishment. They are trained to deliver effective venue security with a very light touch, be a friendly first point of contact who understands when to be visible, and take a more passive role.

With venue security, we can supply licensed door supervisors for any venue in Ipswich & Suffolk. Our venue security staff are rigorously vetted, highly trained and able to provide safety and assurance to your customers. They are well versed in licensing regulations and help customers adhere strictly to their obligations. Many of our staff members have worked for us for years, to the extent that many of our clients now regard them as extensions of their own teams.

At Stage Event Security, we are delighted to work with some of the best local venues across our hometown of Ipswich. With venue security, we ensure that businesses have an effective solution for keeping their staff and guests safe at all times. While our head office is based in Ipswich and this is where we serve many of our clients, we can work with venues in the surrounding area of Suffolk and would be more than happy to hear from you. Please get in touch with us today to see how we can help you with venue security.

During the current COVID-19 crisis, we know how important it is to change how we work. We can confirm that we are COVID-Secure and will work in a way that mitigates the risk of transmission, keeping your staff and customers safe while ensuring we maintain an excellent venue security service.

What our clients say...

"I wanted to write to say how brilliant your two security guards were at the school ball. They were the best we have had. They were friendly and professional, worked the whole time and were very observant with regards to ...
- Mrs Isobel Tyndale-Brown, Woodbridge School

"Thank you for the fabulous service the report was easily found and somehow the officer managed to locate the correct key!"
- Josie Stone, Avon Way Hospitality

"We are very pleased to work with Stage Security, booking is very easy with great communication from the admin team to ensure you get what you need including any additions or short notice changes. The staff are prompt, smart and ...
- The Apex, Bury St Edmunds

"A very big thank you to you and your staff for a successful event (Stowmarket Christmas Fayre) that was held yesterday (28th Nov 2021). Your staff were exemplary, actively engaging with members of the public, reinforcing the road closure and also ...
- Michael Marriott, Stowmarket Town Council

"Thank you and to your team so much for Wednesday. You really were superstars and I can’t thank you enough for all your help and support. From the word 'go' you were all so professional and just got on ...
- Sarah Shinnie, Suffolk District Council

The boys who did the Spedeworth Camping over the weekend were brilliant, they cleaned the site for us as they didn’t have much to do bless them. Thanks as always.
- Graham, Trinity Park Events

I would like to thank Adam Howes and his team for their work and support at Suffolk Pride 2019. They brought their professional expertise and clear understanding of our needs to our event. They understood and delivered our objectives for the ...
- Suffolk Pride

"A fantastic group of staff, who professionalism shines through from the moment you make contact with them. Highly recommended"
- Stewart Bethell

Kieran was the best front-of-house SIA security staff member we have worked with for years. He was attentive in what was going on, helpful and approachable with the customers. The little jobs I often have to remind staff to do ...
- Shaun Whymark, Ipswich Regent Theatre

May I take this opportunity to say thank you, it has been a pleasure dealing with you and the company. Also, we all wanted to pass on our personal thanks to David who was such a nice person and he ...
- Katrina Robertson, Whitton Parish

"Thank you to your two guys who were patrolling Christchurch Park today. They were very friendly and approachable. They took time to speak to the young people who were enjoying being in the park. As a parent it is very ...
- Lisa Cooper

Firstly, a big thank you for all the work you and your team put in over the weekend. We had nothing but compliments and I am delighted we opted to use you for LeeStock. Following on from our previous security ...
- Matt Keogh, LeeStock Music Festival

Now that we are back after half term I just want to say a very big thank you to you and the team of four excellent security guards that you provided for our Prom. They were extremely professional and maintained ...
- Jacqui Elmy, Northgate High School

Can I just say that the door team were absolutely brilliant on Saturday. We had the busiest day since opening and sold an incredible amount of drink, all without a single issue. Well done and thank you.
- Greig, Regal House

"Always on point from a customer perspective and as a festival colleague... these guys nail it everytime very professional and friendly but secure safe with a smile! ! A quality that lacks these days massively... East Anglia’s no 1 Unit"
- Aaron Cooper

We Provide Venue Security for: 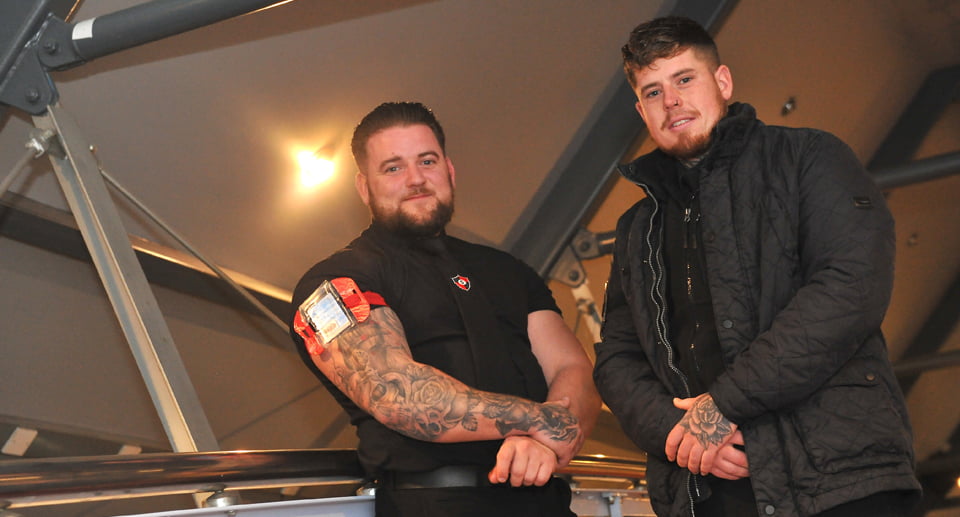 The Key Areas of Venue Security

Why We Use Body Cameras

Our Ipswich venue guards are equipped with body cameras due to the technology's several benefits to our team, businesses and customers. First of all, body cams help us ensure public compliance. As the general public usually acts differently when they're aware of being watched, they are more likely to comply with security guards wearing visible cameras. Likewise, should a dispute between a guard and a member of the public arise, their hostile demeanour may change once they are told that they are being filmed. Compliance prevents unlawful behaviour from transpiring due to the fear of being caught on camera, creating a safer environment for the public and our security staff.

Due to the nature of the job, there is sometimes a lack of understanding and mistrust of those working in the security sector. The use of body cams goes a long way to improving trust and confidence in security personnel as their actions are more transparent due to video footage. If a guard's actions have been discussed negatively, visual evidence can verify the full details of what happened. Audio and video footage can also be instrumental in providing supporting evidence to prove the nature of events and solve disputes between multiple people. Body cameras can also protect security staff from any false accusations made against them, helping to avoid damage to their reputation and career.

We also use video footage captured from body cams to enhance our training opportunities. Recordings of altercations or disputes assist us in training new members of staff or existing members who have not yet handled such a situation before. Our supervisors and senior management can also use the footage to analyse the behaviour of guards and either commend their actions or decide that further training is required so that situations can be deescalated or prevented altogether. 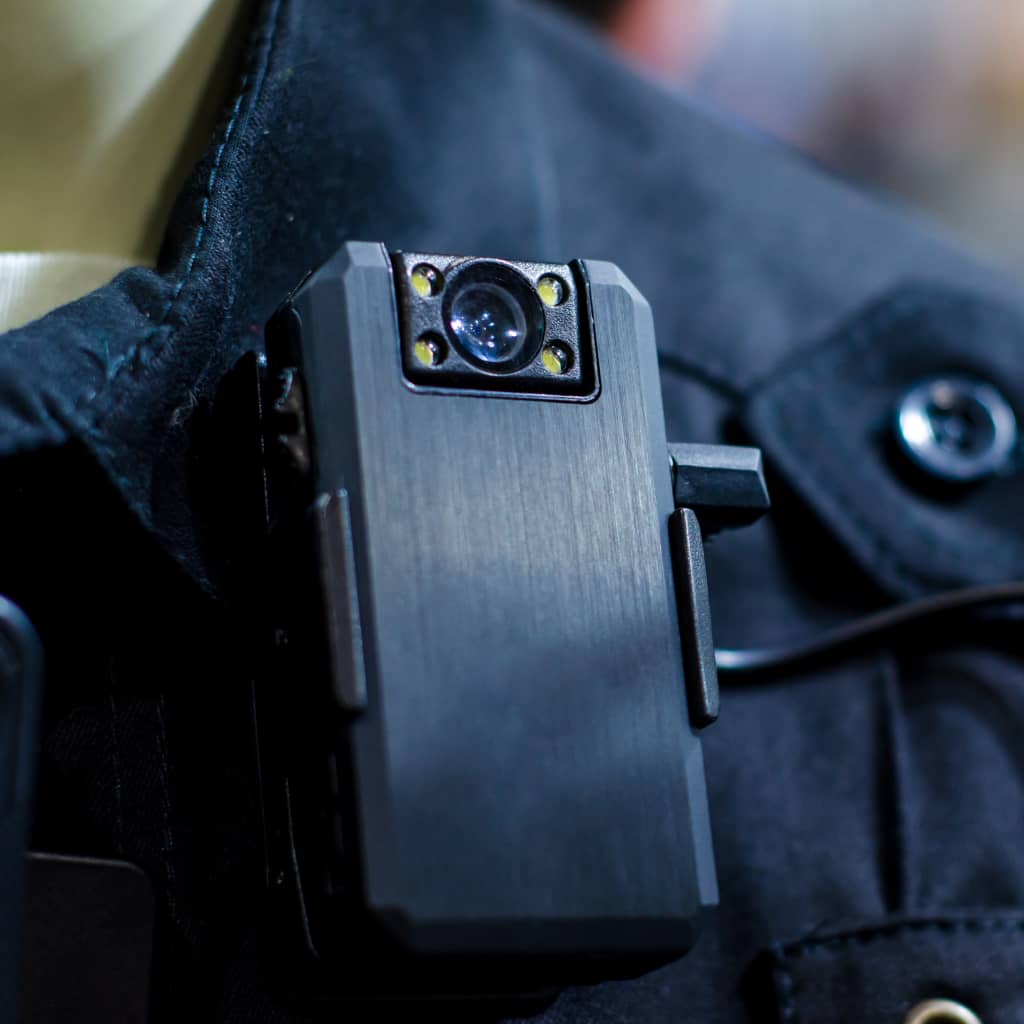 Why Should You Choose Us for Venue Security?

We only recruit the very best SIA-licensed door supervisors in Ipswich who hold the full range of skills required for the job. Our supervisors are friendly and polite, but also professional and proactive. They are rigorously vetted and possess complete security awareness.

We believe that a secured venue makes for a happy customer which in return delivers a successful event. We are committed to making sure your customers are happy right throughout the event and enjoying themselves. As a result, you can enjoy peace of mind.

With vast experience, we are capable of providing flexible bespoke solutions for public and private events. Our work has seen us provide security for everything from pubs and nightclubs to award evenings, weddings and conferences. We’ve even done a few reality shows!

Stage Event Security are leading security experts in Ipswich and the wider Suffolk region. We have worked with a variety of local businesses and have developed strong partnerships with local communities and authorities. We have what it takes to deliver the best venue security solution.